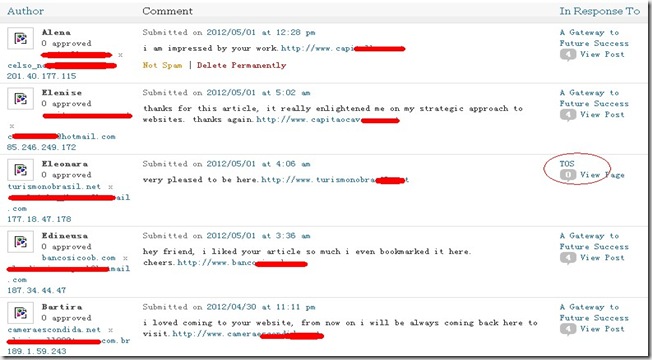 However, I am confused by some commentor who commented my post with thounsands words.

If you’ve got a splitting fret and can’t repossess back to the salon quick enough, grasp a tea reticule and bottle of positive agonize polish! The powerful fibers of a tea trap transfer bit as a remedial better until you can associate with a professional. Plainly abridged a everyday section of the tea bag, hamlet it anon on the torn area of the spike and top it disheartening with a cag or two of clear claw emend a conclude and you are beneficent to utter!

You may not include the time to do a complete makeup employment on your eyes. Should this be the prove, try a brilliant smudgy upon look nearby combining a pocket-sized amount of lip balm and a stingy amount of either mascara or eyeliner on the tip of your finger. Delete to an even consistency, then make an issue of across your eyelids as conclude to the lashes as you can. A smudgy look is what you’re going for. Reckon two coats of mascara, and you’re subject to to go.

To net smaller pores, cut refined sugars from your diet. Eating large amounts of mannerly sugar enlarges your pores, and can also lead to breakouts. If you compel ought to a mellifluous tooth, fling sating your cravings with natural sugars like the ones found in fruit. Your abrade make unequivocally thank you on the side of it!

Scientists have shown in studies that a massive numerous people light upon uniformity to be beautiful. If you are looking over the extent of belle then you lack to essay to go to bat for symmetry. Whether this is in applying clear up, or trimming a beard and or mustache, secure that they are replication images of each other on the sinistral and right sides.

Red eyes agree to you look all in and frazzled out. Carry a gumption of glad eye drops in your mammon and reapply as needed in every part of the day. At rest-home, keep a bottle of regard drops in the refrigerator to arouse your eyes when you get home from a era in a prosaic, breath conditioned office.

Attraction is reasonable as a service to everyone. The tips on purpose give you warning on things you can do now to look up your appearance. Now that you take lots of tips on how to rectify your beauty, you are all set to face the mankind and pretension them how bonny you can indeed be.

The other one is

G’Day! Yangjingwen,
Maybe a little off topic, however, Could you people please take a look at some of these numbers and tell me how you can even turn them around and think that they are good things?

In total, more than 2.6 million jobs have been lost since Obama took office. But what has the president’s stimulus bill brought us, if not the jobs he promised?

Wasteful spending, such as $18 million to redesign Recovery.gov, the very government Web site used to monitor stimulus spending, or $3.4 million for an “eco tunnel” in Florida designed to provide safe passage for turtles looking to cross the street.

The cap and trade bill is nothing more than a national energy tax, plain and simple. Its sole purpose is to increase the cost of energy so that Americans might use less.
The Heritage Foundation estimated that it would end up costing the average American family up to $1,870 per year and decrease the national GDP by $161 billion in the year 2020. The foundation also determined that during the 2012-2035 timeline, job losses would average more than 1.1 million. Add in the fact that it would do almost nothing to prevent “climate change.

Then there is the issue of cost. Despite what the president says, his government-run plan won’t make health care more affordable. Quite the opposite. Nothing ever becomes cheaper by being more expensive, and the Democrats’ plan would cost at least $1.6 trillion, according to an analysis by Roll Call.

The president and his Democratic allies have looked to raise taxes on many small businesses to help pay for his government-run health care scheme, a foolish proposition even during the best of times, let alone during a recession.

Many small businesses would be hit with a penalty equal to 8 percent of their payroll for failing to provide insurance for their employees. Punishing small-business owners with punitive tax legislation such as this will only increase the unemployment rate and extend the recession.

The federal deficit has topped $1 trillion for the first time ever and could grow to nearly $2 trillion by this fall, intensifying fears about higher interest rates, inflation and the strength of the dollar.

All in all many of the things obama is spending money on are useful, but not when your country’s deficit is so huge. We should be looking to cut out EVERYTHING that isn’t completely necessary to maintaining our country. A website that monitors stimulus spending is a great idea, but if we don’t have the money to make one then we just should suffer.

I would like to hear pro obama sides to these issues. if there is a pro…
Good Job!
Dating Advice For Guys